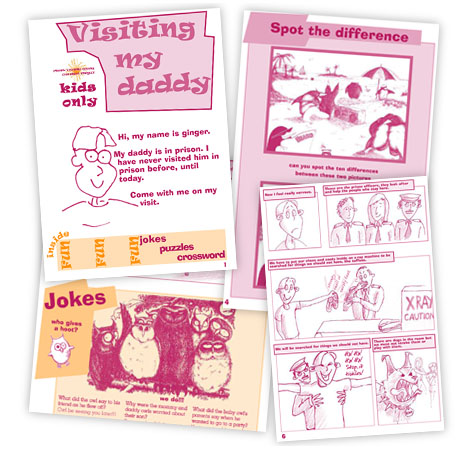 I created this comic for the prison visitors centre. It is designed to introduce children to the process of visiting their father in prison for the first time. As well as telling a story which relates to the process they will go through it contains crosswords, jokes and puzzles to help distract and entertain. For this project I created the story, wrote the script, drew the images and created all the puzzles. The jokes came via the web.

It was also translated into five other languages

The comic was featured in The Guardian newspaper and on Woman’s Hour, radio 4.